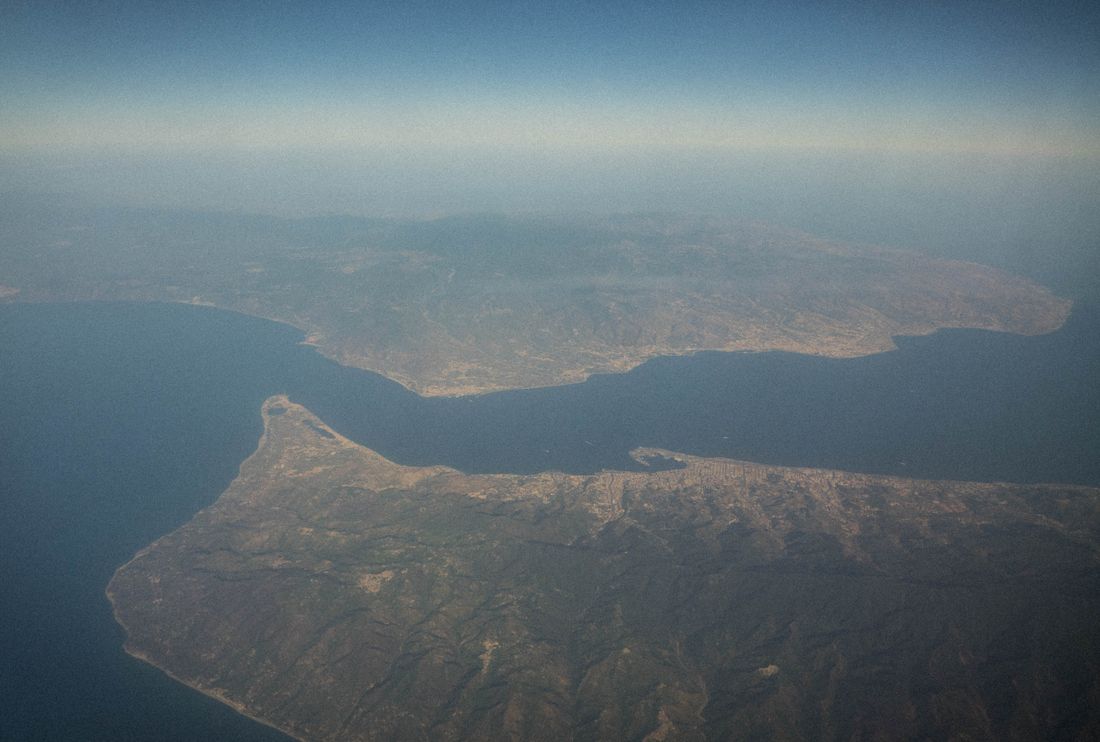 African migration to Europe has increased since the late 1980s and has dramatically intensified in the last decade. Fleeing as political refugees and refugees of the global economy, more than a half million African migrants have reached Italy’s southern shores in the past three years. However, many do not complete their journeys to Italy: in 2016, more than 5,000 people died on the 300-mile Mediterranean crossing from the northern Libyan coast, and others were stranded in Libya by exploitive smugglers, corrupt police officers, xenophobic citizens, and forced detention in prison-like immigrant camps. Despite the obstacles they face on their cross-continental journeys, a record 180,000 African migrants arrived in Italy in 2016, prompting an intense societal debate on immigration.

Unaccompanied minors constitute a growing share of the arriving migrants: in 2016, more than 25,000 youth entered European and Italian government-funded reception centers, commencing the protracted process obtaining documentation from a backlogged immigration system. Despite being one of the most economically troubled and politically corrupt of Italy’s 20 regions, Sicily contains 40% of reception centers for migrant youth. In Sicily, over 5,000 of these minors have gone missing from their camps and fallen into underpaid and exploitative farm labor, migrant smuggling rings, drug dealing, prostitution, or homelessness. The majority of the migrant youth who remain months or years in camps commonly have their allotted government funds embezzled by ubiquitous Cosa Nostra (members of the Sicilian mafia), who either possess government- issued licenses to open and maintain reception centers or demand regular payments of the pizzo (mafia tax) from non-mafia-affiliated migrant camp directors.

Africans from sub-Saharan countries, most notably Nigeria, Senegal, and The Gambia, make up the largest share of young migrants arriving to Italy. Due to the sheer distance, widespread political corruption, and extensive financial obligations that lie between migrants departing from the North African coast, sub-Saharan Africans’ journeys northward are commonly fragmented and circular. In the last decade, Libya has emerged as the key point of departure for African migrants making the 300-mile crossing across the Mediterranean to Italy. Around 1.5 million sub-Saharan African migrants are stranded in Libya, where many fall victim to the poor living conditions and abuse within immigrant detention camps, institutionalized racism that pervades the police force and Libyan citizenry, and immigration raids on private residences. Despite political instability in Libya, sub-Saharan migrants continue to form what have come to be transit communities across the northern coast, fueling an exploitive migrant smuggling industry with Italy as the preferred destination.

Attempting to trace back and shut down the trans-Sahara migration route, the European Union has been heavily equipping Niger’s army—with weaponry, surveillance technologies, troop training, and resources for deportation camps--to capture and detain migrants. EU-funded militarization in Niger endangers migrants in Agadez as they search and wait for their trans-Sahara connection, who in these protracted periods of waiting commonly fall victim to military capture and denial of UN-sanctioned asylum rights, or criminal operations of kidnapping, torture, and extortion. EU technological support in Niger also involves an increasingly clandestine desert crossing wherein migrants are commonly packed by the dozens into shipping containers with insufficient resources for the week-long trip. Far removed from the mass media spectacle of migrants dying by the hundreds on over-packed rubber dinghy boats floating in the Mediterranean, countless migrants have silently lost their lives in the desert, from dehydration, starvation, abandonment, or execution. There are tragically no measures in place—due to perpetual insecurity along the Niger-Libya border and sheer isolation of the Sahara Desert--to obtain information and spread awareness of these unfathomable migrant deaths. Economic privatization and restructuring in Niger (ranked 187/188 on the UN’s Human Development Index) by the IMF has done little to prevent would-be smugglers from entering the immensely profitable migrant smuggling business in Niger, the definitive final step for migrants between the sub-Sahara and Libya. Warring tribes and bandits along the barren Niger-Libya border also capitalize on the opportunity to abuse and extort migrants, commonly charging them exorbitant fees to cross into Libya. From their homes near Africa’s west coast, through Niger and Libya, and across the Mediterranean Sea to Italy, unaccompanied sub-Saharan African youth endure life-threatening precarity, much of it the direct result of European Union politics rife with strategic blindness to human rights violations.

Upon arrival in Italy, only half of African migrants are granted immigration status, either as refugees or temporary visa holders. A significant portion of the migrants denied immigration status and those whose visas expire remain in Italy as undocumented workers, constituting an expanding, flexible, low-wage workforce. Migrants commonly work in informal and underground sectors of the economy and contribute to the industrial society of northern Italy and the agricultural society of the south. Despite working for reduced wages in sometimes dangerous conditions, African migrants are a critical part of the Italian economy’s low-wage labor force. In addition to oppressive workplace experiences, African migrants are confronted with issues of racial discrimination due to their undocumented status. Not only are African migrants scapegoated as a major cause of native Italians’ high unemployment rate in Italian political discourse, but they endure significant physical abuse: racially charged homicides and beatings of migrants have been reported to police, and forceful deportations by the Italian carabinieri (military police) are commonplace. Despite Italy’s economic dependence on low-wage migrant labor and historical interconnectedness with Africa, Italian politicians have responded to the migrant crisis with contradictory policies of closed borders, militarized immigration enforcement, forced deportation, funding of detention camps, surveillance technology, and an armed immigration force in Libya. Italy’s free-market approach to economic policy directly contradicts their restrictionist approach to immigration policy.

The Italian government spent $3 billion on managing immigration in 2017. With 176,000 asylum seekers living in migrant shelters and a history of legalization programs due to immigration case backlogs, the Italian legal system has been under prolonged pressure to accommodate newly arrived migrants (Mowat 2016). While an anti-immigrant rhetoric of militarized borders and Eurocentric nationalism has received traction in Italy’s 2018 parliamentary elections, various NGOs, religious organizations, and vast sectors of the Italian citizenry continue to welcome African migrants. The precedents of legalization programs and tireless rescue efforts by the Italian Coast Guard and associated emergency NGOs, coupled with migrants’ desires for freedom and safety, continue to attract Africans northward.

Unaccompanied sub-Saharan African youth, usually males who range in age from 13 to 18 and live in government-funded shelters until adulthood, find themselves coming of age amidst—and as the subject of—societal debate on African integration. In Syracuse, there are approximately 500 unaccompanied youth migrants residing in 33 government-funded camps. The migrant youth—refugees from East Africa and asylum-seekers from sub-Saharan West Africa—inhabit these camps in an enduring state of waiting. They await their immigration documentation from local lawyers, national political decisions affecting asylum-seekers and undocumented migrants, and their eighteenth birthday when they can begin to work and move more freely in local society. Occasionally venturing into the historic center of Syracuse, the kids spend most days in their camps simply hanging out with each other and camp staff, checking their phones and social networks, and watching Italian-language television.

The camps the youth inhabit, operated privately by Sicilian businesspeople, are vacant schools, hospitals, and office suites, newly reconfigured with beds to accommodate 15-60 migrants. These businesspeople, whose camp licenses are approved and renewed annually by the Sicilian government, are funded $37.50/day per migrant to rent a space with sufficient beds and furniture, pay themselves and camp employees, and provide three meals a day, toiletries, and clothing to migrants. The more camps are opened, and the more migrants housed within, the greater the profits these businesspeople/camp- owners earn. The European Union and Italian government patronizes Sicilian migrant camps in prodigious sums: Umberto Primo, a youth migrant camp which houses 50 unaccompanied minors in an ex-hospital (including Abu Bakr Fanneh between March 2017 and February 2018), receives around $650,000 in funding annually. Umberto Primo is only one among hundreds of migrant camps in Sicily— only one among thousands in Italy. On one hand, this “migrant-industrial complex” revitalizes forgotten Sicilian spaces, provides well-paying jobs to underemployed Sicilian workers, and ensures vast influxes of European capital into Sicily—some of which inevitably takes a dark turn into Mafia-controlled money laundering operations. On the other hand, hundreds of unaccompanied youth are coming to adulthood in Syracuse; hundreds of thousands of migrants are living, working, and waiting in Sicily; and many hope to make the island a sustainable home amidst its worrisome veering toward xenophobic politics. Many others hope to move northward to countries like Germany, France, Sweden when they acquire the finances, documents, and smuggling connections to do so. The resurgence of Italy’s far- right, xenophobic Lega Nord (Northern League) led by Interior Minister Matteo Salvini—whose stated objective is mass deportation to Libya--in 2018 parliamentary elections further exacerbates the enduring uncertainty of youth migrant lives.