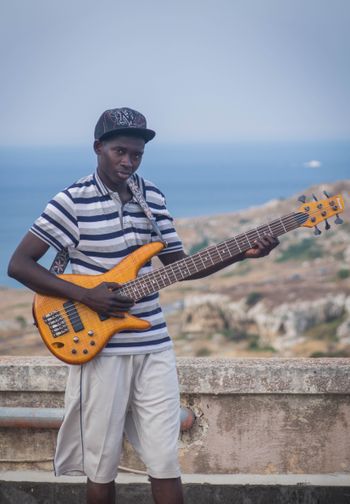 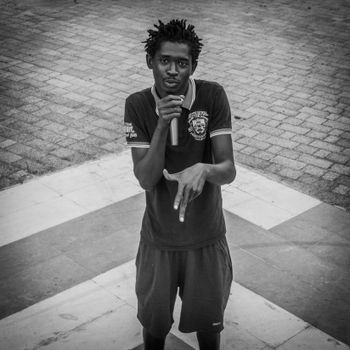 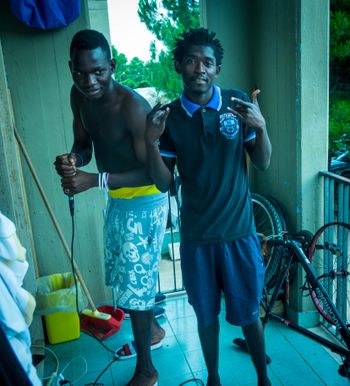 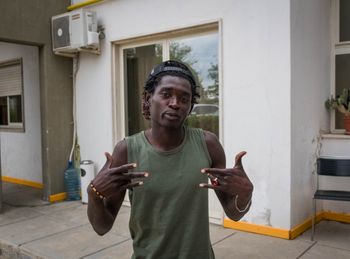 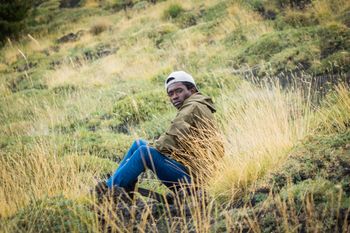 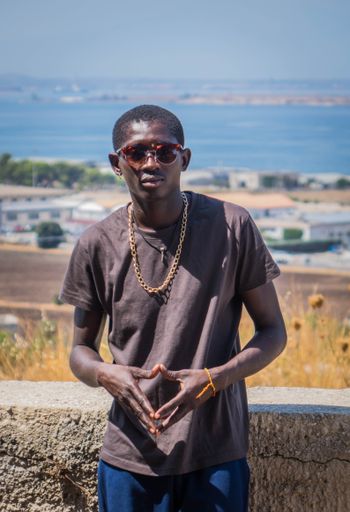 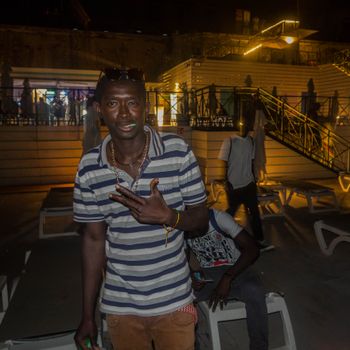 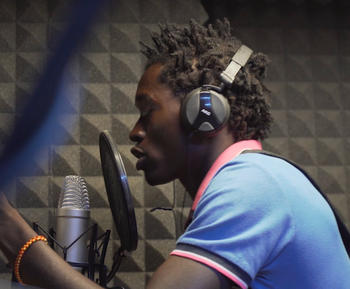 Abu Bakr (Lucky Boy) is an 18-year-old boy from The Gambia. It took him one year to make the 6,000-kilometer journey from his home in Brikama to the rubber dinghy floating across the Mediterranean Sea from which he would be rescued by Italian authorities. Like thousands of Gambians before him, Abu Bakr left home alone for Tripoli, Libya, the principal point of departure for West Africans fleeing to the European mainland. After crossing the desert from Agadez, Niger to Sahba, Libya with 40 other young sub- Saharan migrants, Abu Bakr and his company were forced directly into prison, the first days of his nine arduous months between three Libyan prisons. Being immediately forced into prison upon arrival meant that their trans-Sahara smuggling connection had betrayed the company of migrants and sold their bodies to militant prison guards who would starve, torture and extort them. The prison guards—working in conjunction with the boat- operating smugglers—demanded a one-time payment from Abu Bakr’s father over the phone, promising his safe passage to Italy if he paid, and his execution if they failed to. Abu Bakr endured two months in the Sahba prison before his father paid his liberation fee, and he was transported to Tripoli, passed off to boat-operating smugglers, and placed on a rubber dinghy with 140 other migrants, and pushed out to sea—his fate still utterly uncertain. Crowded shoulder-to-shoulder at 5:00AM amongst African men, women, and children with severely limited food and water, the company of migrants panicked as a hostile shower of incoming bullets splashed into the sea around them; a Libyan patrol boat hastily approached, captured, and imprisoned the 140 migrants in Surman, Libya.

Abu Bakr endured four months in the extremely overcrowded prison in Surman before he was transferred with 40 other migrants in a shipping container-- a grueling four-day journey during which he did not see the light of day--to a prison in Bani Waled, a desert town in central Libya. Abu Bakr recalled the same brutal conditions in Bani Waled like the other Libyan prisons: daily beatings, meager rations, and commonplace enslavement—although because of his small and scrawny stature as a malnourished 16- year-old boy, Abu Bakr was never made to work on nearby construction sites like his older peers. After two arduous months in Bani Waled, Abu Bakr’s father had gathered the money to pay a second liberation fee for his release, transport to the northern coast, and a place on an outgoing rubber dinghy among 150 other hopeful migrants. Their hopes, however, were tragically crushed as Libyan patrols captured the 150 migrants but released them into Grigaras, a West African neighborhood in Tripoli, Libya, instead of forcing them into prison. Abu Bakr went into hiding in Grigaras in a safehouse with older Senegalese and Gambian migrants whom he had met on this second unsuccessful boat trip and finally, on his fourth attempt, Abu Bakr and 125 other migrants who had departed from Zuwara were rescued by the Italian Coast Guard. A week later, Abu Bakr, a hopeful 17-year-old with dreams to reside in Europe, was starting his new life at Umberto Primo Youth Migrant Camp in Syracuse, Sicily. Abu Bakr spent nine months in Umberto Primo before being moved to Casa Freedom Migrant Camp in Priolo when he turned 18. At Casa Freedom, Abu Bakr has his own bed in a shared room with four other young Gambians, receives three meals, and spends most days in the camp common areas socializing with his friends, listening to music, and playing soccer. Despite his friendships and activities, Abu Bakr’s life is characterized by crippling boredom as he waits for documents.

Abu Bakr, whose artist name is “Lucky Boy”—precisely for having survived these trials and tribulations—shares his story on the track “In Libya.”