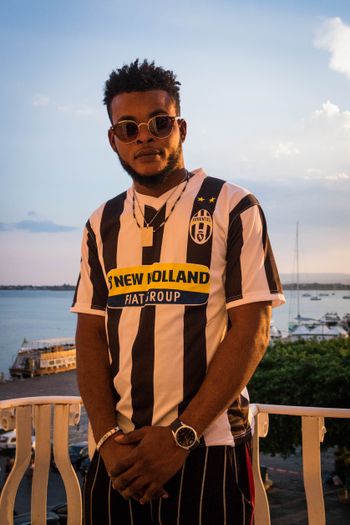 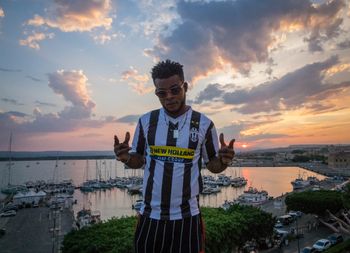 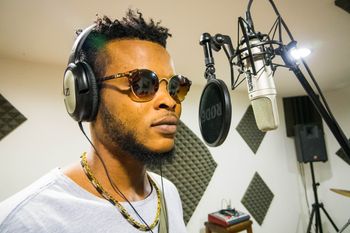 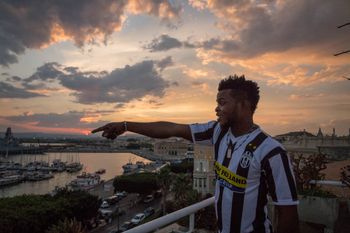 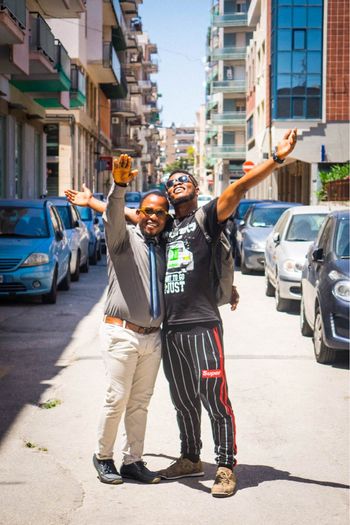 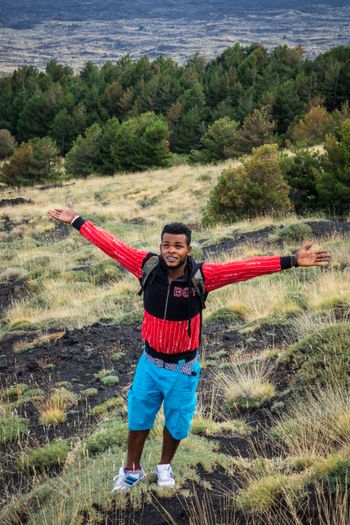 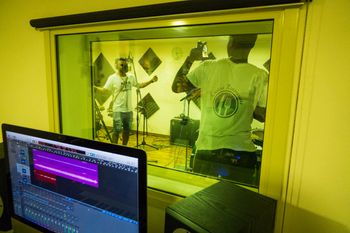 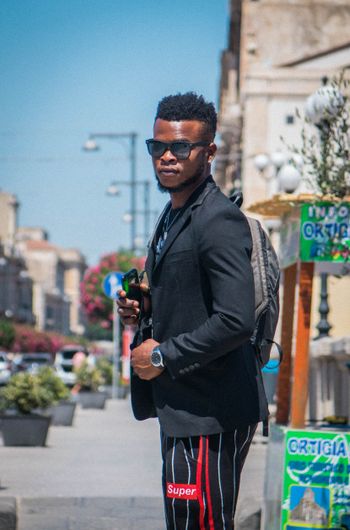 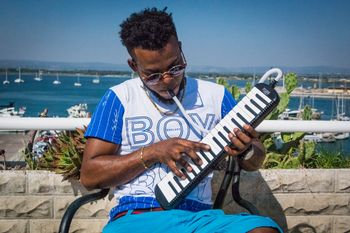 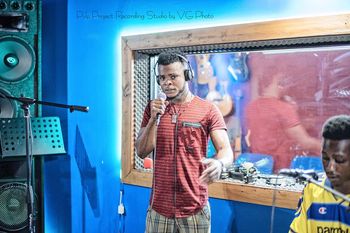 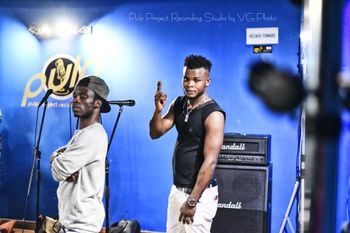 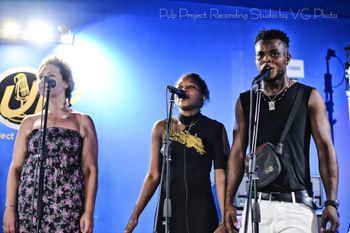 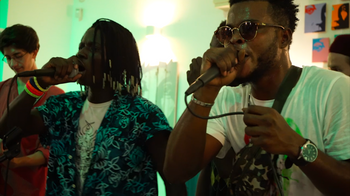 Godfrey left his home in Edou State, Nigeria when he was 20 years old, leaving behind his mother and three sisters, the fourth of whom had emigrated to Spain in 2009.Godfrey recounted teenage years stuck in the ghetto, hanging out with older boys who used and dealt drugs, and who respected and welcomed Godfrey being a talented young musician. Godfrey grew up playing keyboards and singing in the choir of an evangelical gospel church and dreamt from an early age of being a world-touring professional musician. Seeing no future in Nigeria to work—much less accomplish his musical dreams-- Godfrey left home in 2013 during his final year of high school.

Godfrey departed his home in Edou State with a close friend from childhood who was connected with a reliable migrant smuggler. The smuggler arranged their public bus trips from Nigeria to Agadez, Niger, where he was packed into a Peugeot van with 30 other Nigerian migrants for the 1,000-kilometer desert crossing to Sahba, Libya. In the middle of the Sahara Desert, the van broke down and the driver had to hitch a ride back to Agadez to get the necessary parts. The 30 Nigerians were left with a day’s worth of food, wondering if the driver would ever come back. The driver left the migrants next to a water well, but this well had a dead black person floating in it. There was a lifeless, decaying body in the well, and regardless, people continued to drink the water. It was these migrants’ only choice for survival. Godfrey recalled that he prayed to God profusely during the day and night that he waited for the driver to come back. The next day, the driver returned and brought the 30 Nigerian migrants to the train station in Sahba, Libya.

Upon his arrival in Sahba, Godfrey did not have any money to move forward. His mother and sisters in Nigeria did not have any money to pay for the next step of his journey, neither did his sister in Spain. Having nowhere else to go, Godfrey hid and slept on the unused railroad tracks next to the train station. He would walk around the train station every day to beg for food, and luckily, there were other Nigerians in transit who shared food with him. After a week sleeping outside the train station, Godfrey found a job digging holes and laying concrete, for which he was only paid in bread and water for a day’s labor. “That was better than the life I was living as a beggar, so I had to do it,” Godfrey recalled. After two months of work and survival in Sahba, Godfrey’s sister in Spain sent his original smuggler in Nigeria the money to arrange Godfrey’s trip to Tripoli and place on a departing boat.

Godfrey waited in a ‘cage’ in Tripoli for two weeks before the conditions were in place to send him and 200 other migrants—men, (pregnant) women, and children for whom the smugglers were responsible--on a rubber dinghy boat floating toward Sicily. Godfrey remembered that the boat was extremely overcrowded; people were so uncomfortable that they would fight with each other about it; no one could even move their limbs; if some people fell off the boat—which they did—the boat did not turn around to save them. Without any specific destination or bearing, the boat kept gently motoring out into the open sea. After two days and two nights, a large European NGO boat approached and rescued the 200 malnourished migrants and brought them to the port in Augusta, Sicily.

Despite being 21 years old when he arrived in Sicily, Godfrey was immediately classified as bambino because he did not have a beard at the time, and was assigned a new birthday at the port that made him 17 years old on his Italian documents. With this age classification in the Italian immigration system, Godfrey was guaranteed a place in a camp for unaccompanied minors—which receive more funding and have better conditions than adult camps—for nine months until his 18th birthday. When he turned 18 (actually 22 at the time) on his Italian documents, Godfrey moved to Cartagirone, Sicily, where he began renting a cheap room in an apartment with other Nigerians and working with them as a day laborer on nearby farms and construction sites. Godfrey works between three and six days a week— whenever his friends or local labor contractors offer him a job, which can last between a day and a month. At night, Godfrey and his friends cook Nigerian meals together in the apartment, hang out, and listen to and play music. Every Sunday, Godfrey travels to Syracuse for the church service, in which he plays piano and sings with other Nigerian worshippers.

Godfrey is the lead singer on six songs and principal composer of three songs on the One Humanity album: Mama Africa (composer), Living My Life, One Humanity, In Libya, From Zero to Hero (composer), and My Baby (composer). He is primarily a vocalist and songwriter, but also plays piano, guitar, and drums.