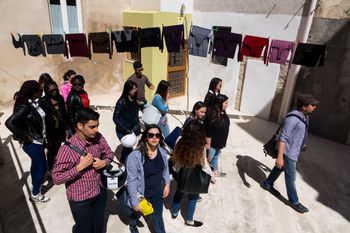 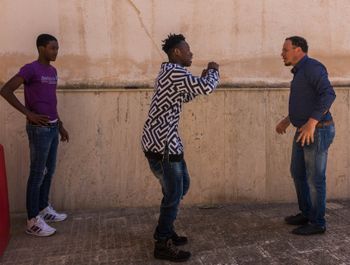 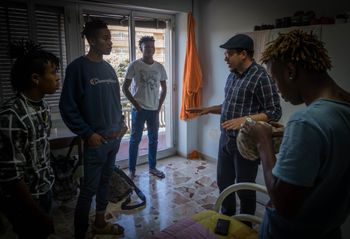 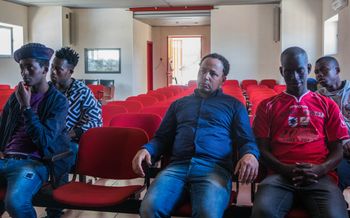 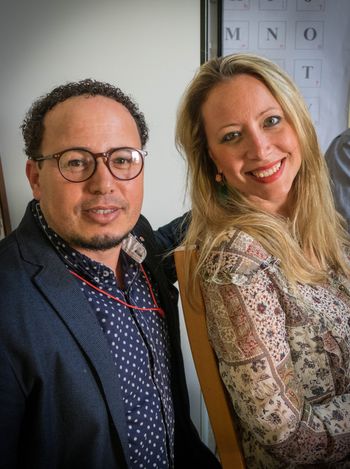 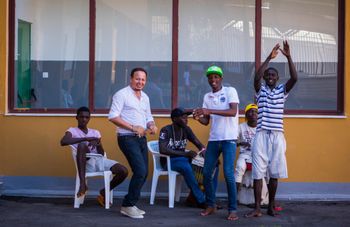 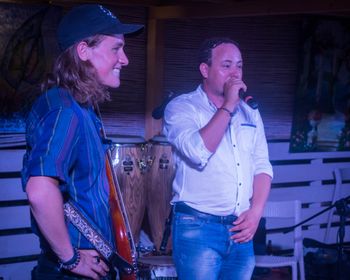 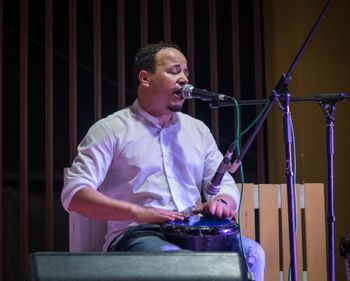 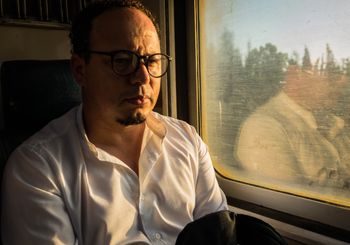 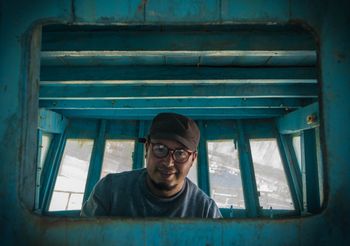 Ramzi Harrabi, award-winning artist, activist, and intercultural mediator, was born in Sousse, Tunisia in 1978. At age 20, Ramzi, a passionate footballer, singer, and multi-linguist, left for Sicily to find his father who had emigrated a decade earlier. After finding his father, Ramzi took a gamble and decided to stay in Sicily without documents. After becoming fluent in Italian (he is also fluent in English, Arabic, French, and German), Ramzi began to work as a translator in various migrant camps, schools, and study abroad organizations. Ramzi is now the president of the Immigrant Council for the province of Syracuse, intercultural mediator in numerous migrant camps, and director of the “Intercultural Studies Center,” an organization he founded which offers educational workshops to migrants and locals. Ramzi commonly tours with his band the “Ramzi Harrabi Ensemble,” and reads his poetry at various events across Sicily. Ramzi composed and recorded the song “Ghorba” on the One Humanity release, which tells the story of Mediterranean Sea crossings in solemn Arabic poetry and a Tunisian groove.